Official Government of the UNIA-ACL Position 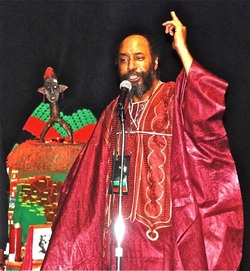 Universal Negro Improvement Association-
African Communities League
Statement on the Exoneration of the
Honorable Marcus Garvey,
Founder and President-General of the UNIA-ACL, 1914-1940.

The official position of the UNIA-ACL Parent Body on
this issue is that the Honorable Marcus Garvey deserves
to be completely exonerated and not merely pardoned.
A pardon* — especially a partial pardon — is a tacit acknowledgement that Mr. Garvey was guilty of a crime to begin with. He wasn’t, and that fact needs to be stated by the American government. His 1923 conviction for mail fraud was based on police misconduct, harassment, and racial animus against a popular Black leader.

That is and has been the UNIA-ACL’s official position since 1987, the year of the 100th Centennial of the
Birth of the Right Excellent Marcus Mosiah Garvey.
In 1986, Congressman Charles Rangel of New York
had introduced legislation for a joint House-Senate Resolution to pardon the Honorable Marcus Garvey.
The UNIA-ACL requested an adjustment to that legislation, so that it would call for exoneration (also known as a full and complete pardon), and
not a government restatement re-commuting his sentence. The UNIA-ACL has been in full support
of that legislation since then, and the bill has been re-introduced in every session of Congress through
the 111th of 2009-2010.

Recently, we have witnessed an upsurge of citizen interest in this issue. Several persons have written letters, signed petitions, and sent e-mails to government offices requesting a pardon for Mr. Marcus Garvey. **While the UNIA-ACL is sympathetic to those efforts, they do not represent the UNIA-ACL’s official position and those persons are acting on their own. The UNIA-ACL Government demands an exoneration for Mr. Garvey, and the only acceptable pardon would be a complete and total pardon which expunges Mr. Garvey’s conviction, eliminates any penalties, restores any money or property lost, and is accompanied by a governmental apology for violating Mr. Garvey’s rights and impugning his good name. The Honorable Marcus Mosiah Garvey deserves nothing less. His words and deeds are revered all over the world and shall be forever.

One God, One Aim, One Destiny,
BaBa Senghor Jawara Baye
President-General/Administrator
Government of the UNIA-ACL


*In american jurisprudence. a pardon is for a criminal act, not a civil liability. A partial pardon allows a
sentence reduction and early release (as in commutation), or a return of all of a person’s civil rights lost with a conviction, but the criminal conviction and status as a convicted felon do not change. A Full and Complete pardon, issued by governors and the President, “places the legal and civil status of the convicted back to where it was before the crime was committed — it’s as if the crime never took place (and the person was never arrested, charged and convicted), as far as the law is concerned. “ One’s non-criminal status is restored — in other words, a person is exonerated. Full and complete pardons are,
however, rare.

**Additionally, the argument used in
the alleged letter from the Obama Justice Department refusing the
individual requests for a pardon, i.e., the U.S. Government does not grant pardons to deceased Americans, is not really true. Henry O. Flipper, the Black West Point cadet who was drummed out of the Army through legal frame-ups and persistent racial persecution, was pardoned by Bill Clinton in 1999 – 59 years after Mr. Flipper died – and 117 years after he had been falsely convicted. The federal precedent
for Mr. Garvey, in a similar racial case. has thus already been set.